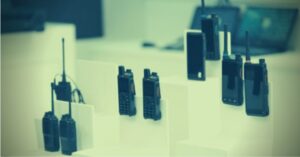 To talk about Ham Radio, we have to be very explicit on the subject because it is a group of people, in the style of the Radio Amateurs Club. They interweave to transmit some types of messages and exchange information.

These people communicate through radio waves throughout the planet. It works with the sole purpose of carrying out any type of activity, such as contests, weather information, public services, making friends, among others.

Hence, in this guide, we are going to know about what’s ham radio and how to communicate through ham radio. So, stay tuned!

What is Radio Ham?

As such, no concept defines Radio Ham, as it seems that everything started as an insult between people, but what is certain is that they started as radio amateurs who had several encounters that way.

And it is that the radio amateurs decided to form a kind of association where they all have in common that they manage the information and basic knowledge of the technological area as well as its operation and the respective regulations in terms of legality.

How to communicate through ham radio?

It is essential to know that Radio Ham has excellent movement as well as good access. At the same time, this type of radio is for anyone who likes to communicate with others through wireless technologies as well as for experimental uses.

However, to communicate through ham radio, you need to have a license. There are three different kinds of licenses available, and they all have different limitations. These licenses include technician, general, and extra.

A technician license will allow you to operate in a limited range of frequencies. Besides, you can transmit no more than 100 watts. However, if you want more transmission, you can go for the general license. It will allow you to transmit a maximum of 1500 watts. Moreover, you can operate in a larger range of frequencies. Lastly, the extra license gives you an unlimited band with a maximum of 1500 watts transmission.

If you’re trying to get a license, it’s not tough. You can contact FCC for that. Although in the past you had to visit the office since 2020 they’ve started online ham radio test.

As for the operation, it is simple, since radio amateurs communicate with each other in adjoining areas, throughout the country or around the world, as there are cases where they have been able to contact space missions that were in orbit around Earth.

It is why we know that radio amateurs are a general group of people who communicate with each other using a broad spectrum of frequencies and using various types of wireless systems.

Though you already should havan e idea about you, let us remind you about the required equipment through ham radio. You can either get a transmitter and a receiver or a combination of them both a transceiver.

Besides, you need to ensure proper power supply. Then you should have a good antenna to communicate better. Having an antenna tuner is also a good option. However, get some extra cables in case it’s necessary.

That is why there are currently about three million Radio Ham fans. And they communicate through frequencies that are generally in AM (1.6 MHz), although this may vary depending on the area and the time of day.

As for the ranges, they are of short wave bands, different from the frequencies used in FM and television stations, since the short waves go back in the ionosphere. It comes back straight from the transmitter to the receiver antenna.

And it is said that the high rate of frequency is very compatible with it. This makes the wavelength shorter, and it is known that some Radio Ham users also use Morse code while other radio use voice.

The former is often used when voice transmissions are not possible. There are also some digital modes, and specific devices can be used to communicate with several different networks.

Ham radio has a wide range of usage in our community. You can communicate from inside your to the back. Even people who go the o mountains often use ham radio to communicate with the other group members.

However, ham radio also helped communicate people during severe natural disasters. This is quite a handy tool for the rescue teams. Moreover, different public service agencies also use ham radio for their works.

Q. Can you use a ham radio as a walkie talkie?

Q. Can I buy a ham radio without license?

A. Yes you can. No license is necessary to buy a ham radio. However, if you want to transmit through a ham radio, you need a license in the USA.

Read also:How to Get HAM Radio License and Renew

Ham radio, also known as amateur radio, is an excellent feature to communicate with unknown peoples. It offers you great value for your money, and you can communicate with people through different types of methods.

So, that’s all on how to communicate through ham radio. Hopefully, you will get the necessary benefits from this guide to your help!