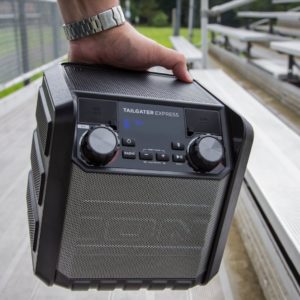 “Regular stereo system or job site radio-which one is better? “- Has this question confused you?

Then, no worry. You’re at the right place to learn more about the differences of the best jobsite radios and regular radios.

What are regular radios?

It’s not hard to understand what regular radios refer.

Regular radios are simple. In general, these types of radios are not built to withstand rough environments. Usually, they don’t feature any protective frame.

Jobsite Radios- So, what are they?

In Which Aspect the Best Jobsite Radios Differ from The Regular Radios?

Regarding operation, a worksite radio is almost similar to regular radio. Both the regular radio and job site radio come in cordless versions. They also come in the versions that use power cords.. Both types of radios feature volume buttons/ knob, arrow dials and power switches.

So, in which aspect jobsite radios differ from the normal radio?

Well, regarding signal reception and form, they are different from each other. Both types of radios also differ from each other in the following aspects: 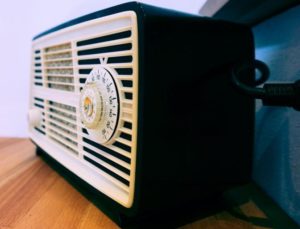 Listening to music or favorite channel on the radio may help pass the time and make any job a bit more enjoyable. The cordless ability of a worksite radio is an added feature that makes it much more mobile on the job site. Many job site radios also comes with some advanced features such as satellite receivers, charging stations and preset abilities. These are the added versatility and mobility of a worksite radio.

You can use a job site radio not only in your worksite but also wherever you want to use it. Jobsite radios are usually water-resistant. So, you don’t need to be worried if you take it with you on fishing. But if you want to use your regular radio while you’re on fishing, water may damage it.

Also, you can use your worksite radio in your home. It’s an excellent way to listen to your favorite song or stations without having to experience the loss of multiple radios to the construction or weather-related accidents.

A lot of destruction can happen on a worksite. Exposure of elements may damage your radio making your investment a foolish one.

But who wants to put an expensive radio in a harm’s way? Of course, no one.

Why are job site radios perfect for worksite?

The rugged design of a worksite radio can hold up the most extenuating outdoor experiences and conditions. In general, worksite radios feature steel, robust plastic or aluminum frame. Some models also come with roll cages that provide optimal protection against impact.

On the other hand, the regular radios frames are less sturdy than that of worksite radios. These types of radios don’t feature any rolling case as well. For this reason, the regular radios are not perfect to use on the construction site or any other worksite that’s packed with dangers.

A construction site may have too much signal blockage. The radio signal may be interrupted by structures, power tools or other factors. For this reason, you need a radio with excellent reception while intending to use it at the worksite.

In fact, regarding reception and tuning, a jobsite radio is superior to regular radios.

Can you imagine how noisy a construction site maybe?

Most worksites, mainly, wood shops, workshops, garages are very noisy. Regular radio is not perfect to use in an outdoor setting. But a job site radio comes with very high volume which is much higher than regular radio.

In general, a regular radio doesn’t come with built-in compartments as they don’t need to protect your mobile devices while charging. On the other hand, a job site radio features built-in storage compartments where the user can store their charging devices safely. No need to be worried about the threat of falling objects.

Having A Jobsite Radios Is A Luxury Or Necessity?

Maybe you’re tired of listening to the sounds of construction tool that you’re using in the worksite. Right?

Whether you’re a DIY enthusiast or professional, a worksite radio may be more than a luxury. In fact, it’s a necessity.

However, the rough environment of an auto shop, a garage or a construction site isn’t a safe place for regular radio. On a construction site, a lot of things may happen to your radio. The stray hammers, the stuffy crowd, the falling objects and so on.

Your regular radios won’t be able to handle these conditions. A regular radio will break too easily. But a job site radio isn’t as fragile compared to the regular radio. They’re built for sharp handling and withstand anything that can happen inside your worksite. They feature sturdy materials and protective gear to withstand shock.

With a job site radio, you can listen to your favorite song or channel without having to worry about your radio being damaged.

If you’re doing light work like indoor painting, probably a regular radio will work well. However, if you’re outside where dust, dirt and massive particles are bouncing around, you must need a worksite radio.

You need to get the best jobsite radios.

So, Are You Ready To Make A Wise Buying Decision?

Radioslab.com is a participant in the Amazon Services LLC Associates Program, an affiliate advertising program designed to provide a means for us to earn fees by linking to Amazon.com and affiliated sites.